when I compile this I get this error:
TotemBoardX4.ino:5: undefined reference to 'Feature::DCX::enable()'

When I comment out the line with the enable, It compiles but I get only 3.6v on my output…

Yes unfortunately, enable() and disable() functions does not compile. Will fix that in upcoming release.
Generally, DC outputs are always enabled. This functionality is only useful if it’s required to make sure DC output doesn’t turn on, even if power or other parameter is set. 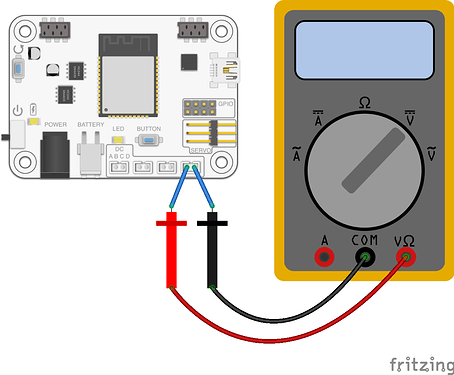 yes that is exactly the case. I have not tested all the channels… yet. The battery is fully charged and has ~12.3V.

A + B are working fine. Is it possible that I have defective board?
Can I drain a switched (from the on off switch is OK for me) I just want to use the channel to power some IR led’s for night vision. But I need that 12V in this case 100mA is enough

I will get back on Monday regarding port D issue. Need to do some testing.
Could you run this code? It will print your board information:

Yes, the easiest way to access 12V is trough DC ports.
There is also 12V pin on TotemBUS connector (red), but it’s difficult to connect. Would need to splice TotemBUS cable or stick in male jumper cable (not recommended).

I fixed the isseu… there was some solder residue around 8847 IC. I removed that with a small brush and the C and D ports are now working fine

Sorry about that! We had some issues with this batch so seems it also affected the quality. Glad it’s resolved.